In the ancient times, the Mayan developed a holy inner city that ascended high above the majestic cristal blue seaside of the Caribbean and was protected by 3 enormous walls and a steep cliff. This walled abode was given the honorary name of Tulum, the walled Mayan city.

With over 60 restored temples, Tulum has hidden secrets that are spoken within the sacred walls with genuine paintings of the mysterious hieroglyphic writings.

Only the high priests, mathematicians, astronomers, architects and engineers were allowed to dwell within the arms of this sacred city while the commoners remained living beyond this holy city. 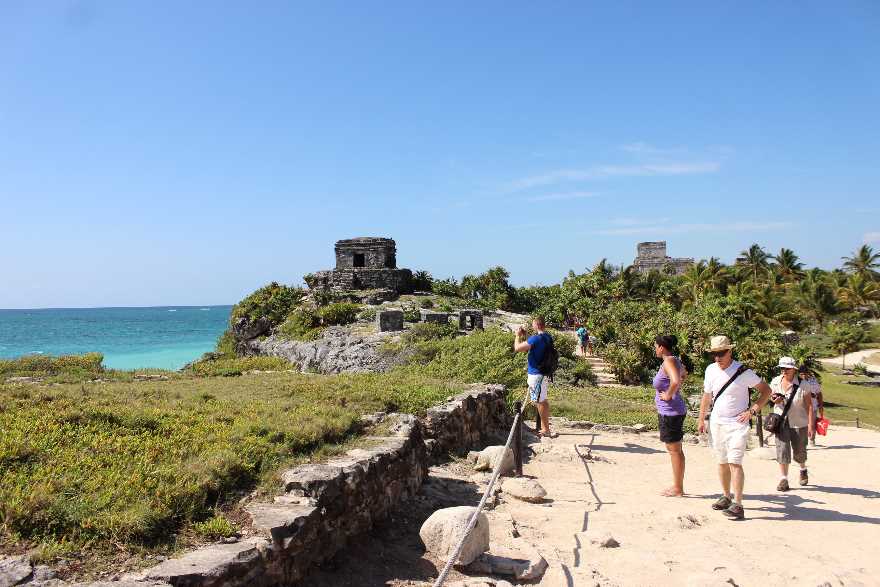 These gifted Mayans invented a calendar more accurate than the one existing today and also left the legacy of the creation of the zero. These inventions and calculations are clearly proven by the distinct position between the temples and the precise timing of the sun called the Equinox. The most important structure is called The Castle, situated on a 40 foot bluff overlooking aqua blue waters. This temple is considered the tallest in the city.

Also examine the walls of the temple of the frescoes that was known for having great social and religious influence. This temple still has detailed carved figures with the original colored paintings. The risen cliff of Tulum has a break in it and has formed an accessible cove area with a white sandy beach. This location gave easy access to fishing boats. Trade was an essential living for the Mayans and the Quintana Roo coast was the primary route for Mayan trade of the time. 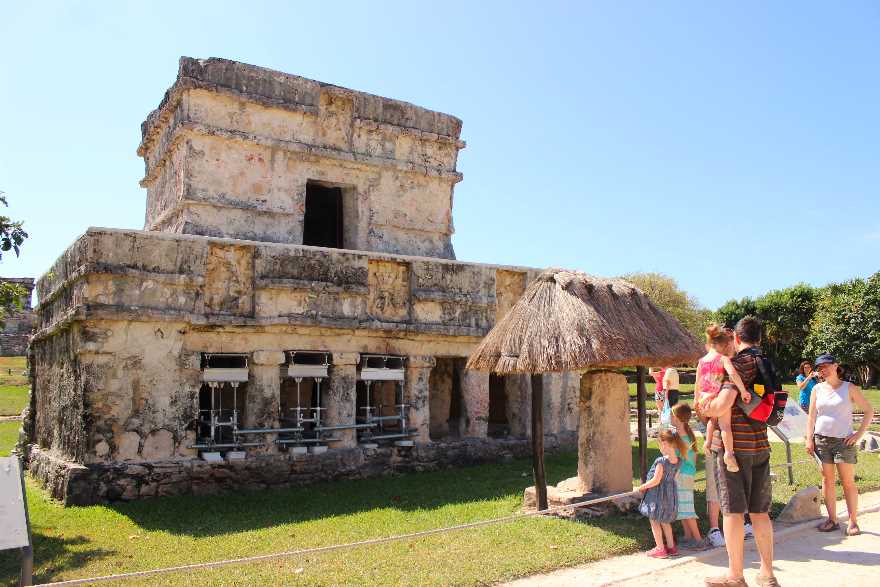 Unforgettable views of the Caribbean can be easily captured from the height of the immense cliff that separates the land from the sea.

Enjoy a great vacation in Tulum. Booking Now Pay At The Hotel!